On Facebook and Instagram, there are lottery scams, celebrity impostors and even fake Mark Zuckerbergs. There is also a scheme where scammers pose as American service members to cheat vulnerable women out of their savings.

Here are five things to know about it.

How does it work?

Scammers steal photos from service members’ Facebook and Instagram profiles and use them to create impostor accounts. To find victims, they search Facebook groups for targets — often single women and widows — and then message hundreds, hoping to hook a few.

Once they have a potential mark, the scammers shift the conversations with their victims to Google Hangouts or WhatsApp, messaging services owned by Google and Facebook, in case Facebook deletes their accounts.

For months or weeks, they try to seduce the women with sweet talk and promises of a future together. Eventually, they ask for money. When victims send funds, they often do so via wire transfers or iTunes and Amazon gift cards, which the scammers sell at a discount on the black market.

Internet scammers arrived with the dial-up modem years ago, conning people in chat rooms and email inboxes. Now Facebook and Instagram provide fraudsters with greater reach and resources, enabling them to more convincingly impersonate others and more precisely target victims.

Who’s behind the love hoaxes?

Officials from the United States military and the F.B.I. said many of the culprits are young men from Africa. When The Times followed the trail of one scam, it led to Nigeria, where six men said in interviews that they swindled Westerners over the internet because it paid far more than honest work, which they said was hard to find.

In Nigeria, the scammers are aided by plentiful internet access and fluency in English. There are also many willing teachers: In groups on Facebook and WhatsApp, they swap scripts for online chats with victims.

“I am 90G military officer with the 1s infantry 62nd battalion army,” said one script obtained by The Times. The scripts also help with small talk: “Movies: Brave Heart and all the films that Anthony Hopkins is in.”

Many of the men in Nigeria told The Times they planned to give up the scams because of their conscience. Some said they had even developed feelings for their victims.

“Love scam is not really advisable, because apart from the money, it damages the heart,” said Akinola Bolaji, 35, who has run internet schemes for 20 years.

Facebook said it removes impostor accounts when it spots them and, in some cases, works with the authorities to prosecute scammers.

The social network said new software also scans for activity linked to scams and locks accounts until owners can provide proof of identity. That system quickly locked 500,000 accounts when it was introduced last year.

The company added that facial recognition technology notifies people when another account uses their photo, though tests by The Times showed the feature sometimes didn’t work. Facebook is also testing software that can automatically spot impostors of some of the most commonly impersonated service members.

One of the company’s primary lines of defense are reports from users. The Times reported more than 100 impostor accounts through the online reporting systems on Facebook and Instagram in recent months. In response, the sites left up more of the accounts than they took down. After The Times provided the accounts to spokeswomen at Facebook and the Department of Defense, nearly all were removed. 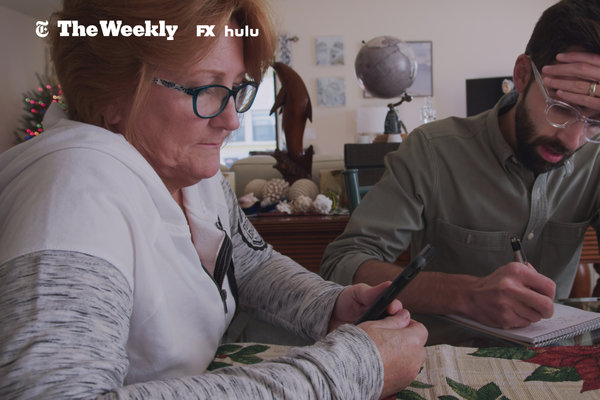 What is the military doing about it?

The Defense Department said employees scan for impostor accounts each week and report them directly to Facebook. They also try and educate service members to protect their identities.

Beyond that, action is minimal.

Because many of the accounts impersonate Army soldiers, the Army’s Criminal Investigation Command, which investigates crimes involving Army personnel, has become a repository for victims’ complaints. But investigators there can’t look into the reports because the victims and perpetrators are civilians, said Chris Grey, a spokesman for the division.

He added that solving one scam would hardly fix the problem.

“There’s not a clear-cut answer to this,” he said. “You contact a social media platform; you ask them to take it down; they do. Within 15 minutes, more pop up.”

Facebook’s Facial Recognition Technology Will No Longer Default To ‘On’

The Best Gaming Laptops for 2020

You swiped right but it doesn’t feel right: Tinder now has a panic button