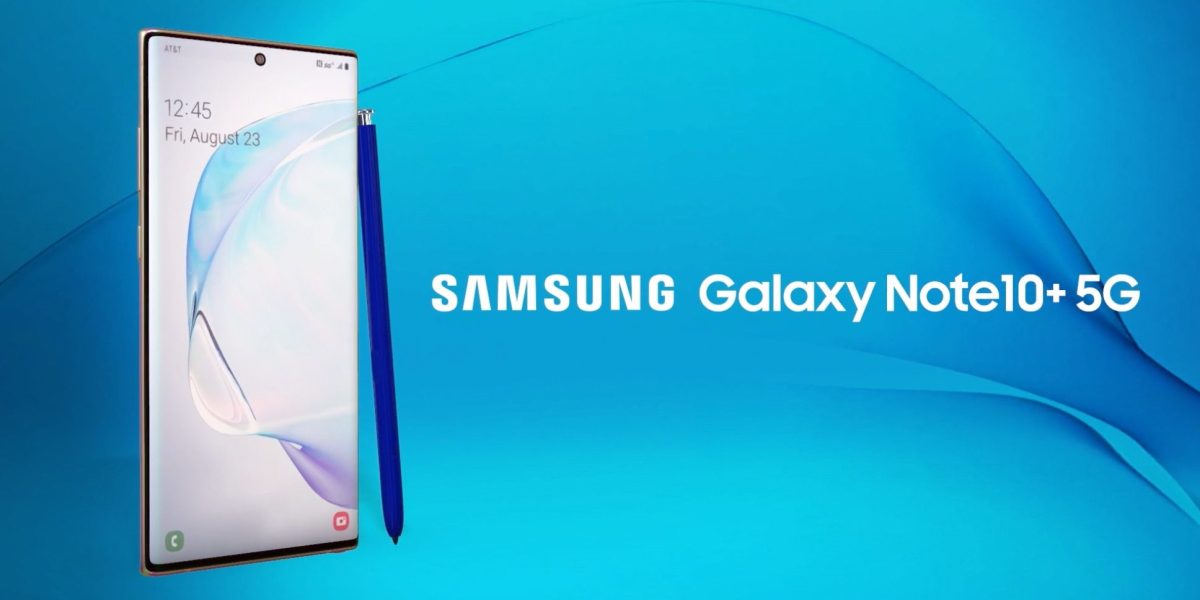 Less than a month ago, AT&T promised to launch its first 5G network for consumers across five markets “in the coming weeks,” and now it’s expanding on that promise. The carrier announced that it’s actually launching its consumer 5G network across 10 U.S. cities today, including five additional locations that weren’t originally scheduled to go live until 2020.

Users in Birmingham, Indianapolis, Los Angeles, Milwaukee, Pittsburgh, Providence, Rochester, San Diego, San Francisco, and San Diego will be able to start using AT&T’s consumer 5G network today, assuming they purchase a Samsung Galaxy Note10+ 5G customized for the carrier. As previously noted, the phone carries a $ 1,300 MSRP, but AT&T is temporarily offering it for as little as $ 350, so long as users select qualifying unlimited and installment payment plans and trade in an existing device. Customers who preordered the phone in November will begin to receive their phones today.

The catch with AT&T’s consumer 5G service is that the carrier is telling customers to expect speeds “comparable to 5G Evolution speeds at the time of launch,” which won’t be much of an incentive to potential upgraders. Over the past year, AT&T controversially rebranded the late-stage 4G technologies included in certain Android phones and iPhones as “5G Evolution,” leading to poor initial reviews and outcry from competitors, along with an expectation that AT&T’s true 5G network would deliver superior performance.

Today’s announcement leaves six cities in AT&T’s early 2020 5G launch collection: Boston, Bridgeport, Buffalo, Las Vegas, Louisville, and New York City. One of today’s launch cities, Los Angeles, wasn’t originally included in the carrier’s lists, but it now includes both 5G and 5G+ coverage, including in parts of West Hollywood. 5G and LTE coverage maps for the other cities can be seen here.

Following deployments in those cities, and perhaps others, AT&T reiterates that it will offer nationwide low band 5G coverage in the first half of 2020. The carrier says that its 5G+ network is presently available in parts of 23 cities, offering significantly faster speeds, but “with very limited coverage.” In our testing of low and high band 5G networks, high band currently peaks at performance levels roughly 10 times faster than low band — 2Gbps versus 225Mbps — though AT&T notes that its low band 5G towers offer wide-scale coverage across several-mile areas, while its high band 5G service only covers several blocks.

A lot of us enjoyed some great games in 2019, but the year had plenty of, well, awkward moments if you were following the industry. In our extremely online world, it seems easier than ever to make a big PR blunder. But some people and companies didn’t do themselves any favors. It almost felt like […]

When it comes to smartphones, flagship models are often a worthy upgrade but if you’re looking for cost-saving alternatives, Motorolla’s Moto G series is up to the task of keeping you connected as it strives to bring high-end features to a more affordable phone. Though more and more phones are after the budget crown, the […]