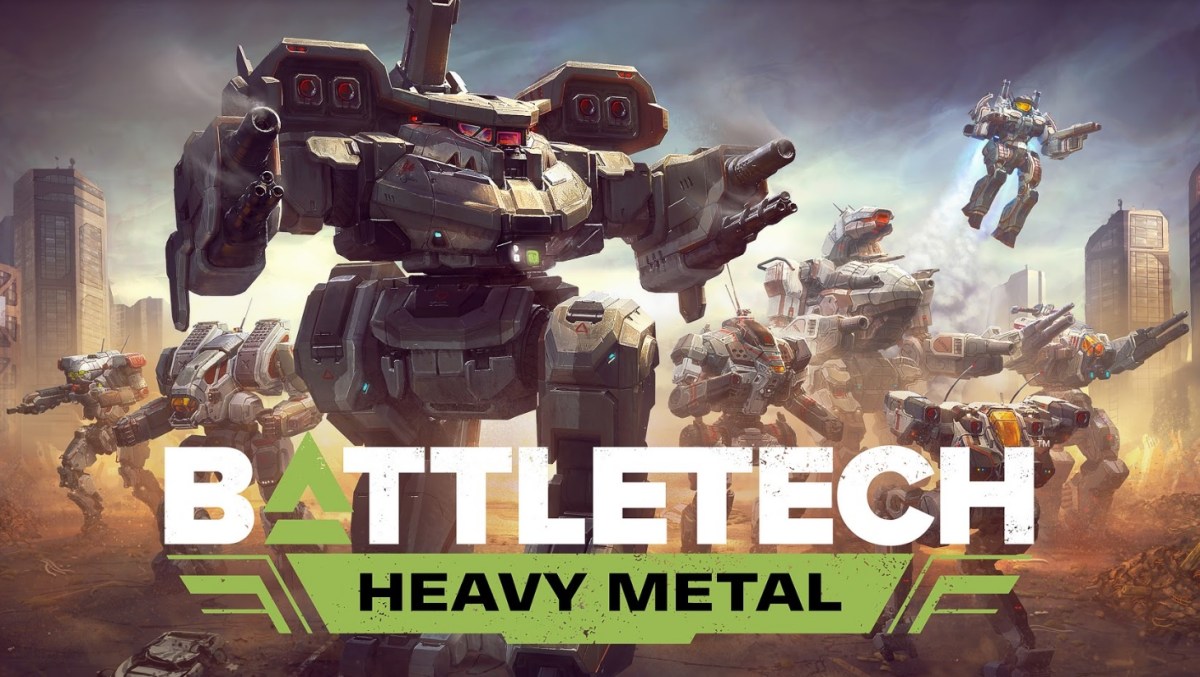 The company announced the $ 20 expansion for the 35-year-old franchise at PDXCON, the annual celebration of Paradox’s global community. It will be included for free for those who have already bought a season pass.

The mechs include seven classic mech designs from the original Battletech board game and an additional mech designed exclusively for this expansion.

“Heavy Metal brings a greater level of diversity to Battletech by including eight new ‘Mechs and a variety of devastating weapon systems that will change the way players destroy their opponents,” said Mitch Gitelman, Battletech game director and cofounder of Harebrained Schemes, in a statement. “The new mini-campaign weaves its way through your mercenary career to the point when you become an elite MechCommander, capable of facing off with two of the most legendary MechWarriors in Battletech history.”

Each classic mech comes with unique equipment that reflects the flavor and lore of the original board game. And the game’s eight new weapon systems include the ‘Mech Mortar, the first AOE weapon in Battletech. It can destroy multiple units at once, while the new COIL Beam generates more energy the further the attacker travels before firing, a perfect fit for light mechs.

The new Flashpoint Mini-Campaign brings back two legendary characters from Battletech lore: the Bounty Hunter and the Black Widow of Wolf’s Dragoons.

Battletech: Heavy Metal will be available for digital download on the Paradox Store and Steam for PC, Mac, and Linux operating systems.

Developer Respawn Entertainment is about to reveal more details about the Apex Legends: Season Two. But the studio isn’t going to make you wait for everything. The Legendary Hunt event is live now in the battle royale shooter. This brings a new way to get into matches as well as fresh rewards and bonus XP. […]

When it comes to action movies, I have a few rules of thumb—one of them concerns the Rock (Dwayne Johnson, not the movie). If he’s in a film, odds are high it’ll be good even if the starting material is Baywatch or Jumanji. I have a similar rule about Jason Statham, who in recent years has […]

The DeanBeat: How the rest of 2020 looks for the game industry

Get your game on with the best controllers for Android smartphones