For this year’s Call of Duty League, Activision Blizzard has reimagined the competition based on the city-like structure of the successful Overwatch League, with teams rooted in local communities as a way of building long-term loyalties and rivalries among teams and fans.

The league has 12 professional teams spread across 11 markets in North America and Europe, and Activision has collected an estimated $ 300 million in fees from the teams. The league will award $ 1 million in prizes for amateurs across online and local events, and the pro teams stand to win a lot more.

This weekend’s kickoff in Minneapolis (home of the Minnesota Røkkr) is the first of 26 events across 28 weeks in Season One.

I’ve watched the YouTube docu-series (dubbed “The Campaign”) on The Chicago Huntsmen team. It’s quite well done, and it’s a way of humanizing the team for fans and those who may not care that much about the individual matches. The team includes some stars that I’ve watched for years like Seth “Scrump” Abner and Matthew “Formal” Piper, after the implosion of the old OpTic Gaming team. 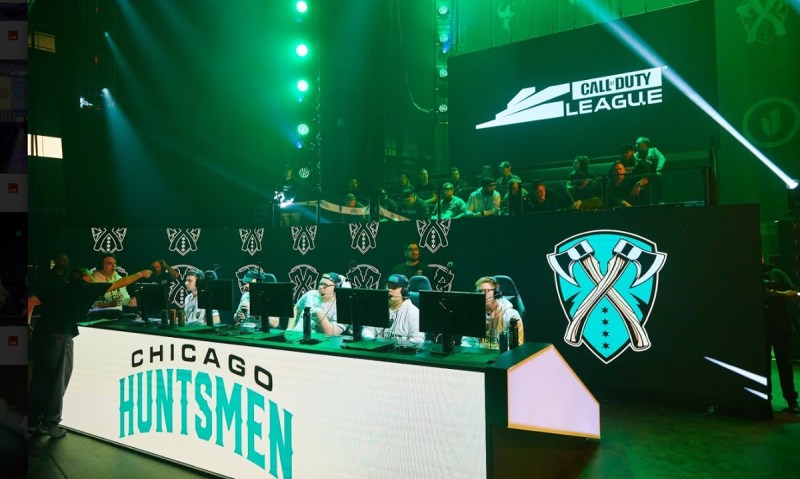 Above: The Chicago Huntsmen at the Call of Duty League opener.

While those two players are teammates, Piper, a 10-year Call of Duty pro player, chooses to live in Los Angeles while the rest of the team is in Chicago. And Abner refers to Pipe as a “diva” when he doesn’t show to an opening dinner hosted by the owner Hector “H3CZ” Rodriguez.

That’s good sports storytelling, the kind you see on the networks as they broadcast traditional sports. It’s enough to suck you in and get you attached to the players so that you’ll watch their matches. That’s the strategy behind the broadcasts, which ultimately could be the biggest source of revenues for esports events like the Call of Duty League. But it’s kind of funny because some of the gamers say they’re “not really camera-friendly.”

The next stop is the London Homes Series February 8 and February 9.

The DeanBeat: The game industry steps up in the fight against the coronavirus

The game industry is known for its fierce competition. But during the coronavirus, cooperation is happening. As the people who run these companies go beyond survival mode, they are stepping up with charitable efforts, donations, and awareness campaigns. It’s getting hard to keep track of everything. The biggest effort is PlayApartTogether, a campaign joined by […]

In the streaming and subscriptions economy, video game marketing needs to focus on building brands, not just selling products. When Stranger Things Season 3 dropped on Netflix this summer, it ripped up the record books again in terms of viewing figures. According to Netflix itself (usually reticent to provide numbers) some 40.7 million accounts had […]