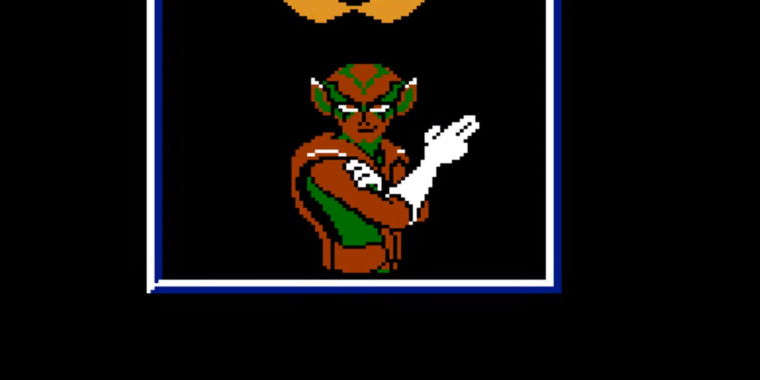 At this point, you might think the entire history of a major gaming company like Konami would be well and fully documented. But you’d be wrong in the case of Space School, a series of game-like educational Famicom cartridges Konami designed for Japanese elementary school children in the ’80s.

Designed in partnership with Japanese broadcaster NHK, the Space School series was never available in stores, and it could only be ordered directly by the schools themselves. The games also made use of a special “QTa” adapter that fitted Konami’s specially designed 40-pin cartridges into the 60-pin slot of the Famicom.

Both of those factors made these games some of the rarest and most expensive in the Famicom collector’s market. It also made reliable information about the titles hard to find—while a few Space School ROM files were floating around, their unique memory mapper configuration made them practically unplayable on modern emulators.

Enter a collector and YouTuber going by “Russian Geek,” who managed to track down both a Space School cartridge (Part 1 of the “5th Grade” set, specifically) and an even rarer QTa adapter by scouring multiple Japanese auction sites (and spending hundreds of Patreon-provided dollars). In a lengthy video (Russian with English subtitles), Russian Geek lays out how he got access to these rarities and provides the Internet’s first real glimpse into how these games look, sound, and play.

The video also features well-known NES hacker CaH4e3 (pronounced “Sanchez”), who took a deep dive into the QTa adapter and cart to decipher its unique memory mapper. While the cart itself just contains simple ROM files, the adapter apparently contains a unique Konami VRC5 microchip that isn’t found in any other Nintendo cartridges (though other VRC chips are well-documented). This chip gave the Space School games capabilities similar to an MMC5 game like Castlevania 3, including more on-screen tiles and graphics that appear to “overlay” on top of backgrounds.

By deciphering hex codes, testing various response signals, and writing custom dumping scripts, CaH4e3 was able to dump a 64KB mapper table and reduce it to a mere 32 bytes that can make sense of QTa ROM files. That mapper is now integrated into the latest version of the FCE Ultra emulator, which makes Russian Geek’s cartridge and three other dumped Space School ROMs playable via emulation for the first time.

There are still at least three other undumped Space School cartridges known to exist, and even the dumped ROMs are of limited functionality without the supplemental booklets that contained quiz questions and special input codes. For now, though, the world can enjoy some new “classic” Konami chiptunes and long-lost pixel art from the golden age of 8-bit gaming.

10 Bizarre Gaming Accessories That Were a Waste of Money

The world of video games has features some incredibly bizarre peripheral accessories. Have you ever used any of these items? October 25, 2018 8:41AM EST October 25, 2018 PCMag reviews products independently, but we may earn affiliate commissions from buying links on this page. Terms of use. The video game market has spawned a number […]

When it comes to gaming, you’re really only as good as the equipment you use. If you’ve ever played a co-op game with someone and ended up getting stuck with the “slightly broken” controller, then you know exactly what I mean. The struggle is real, and it can greatly affect the way you play. Which […]

Valve: More games are finding success on Steam than ever before