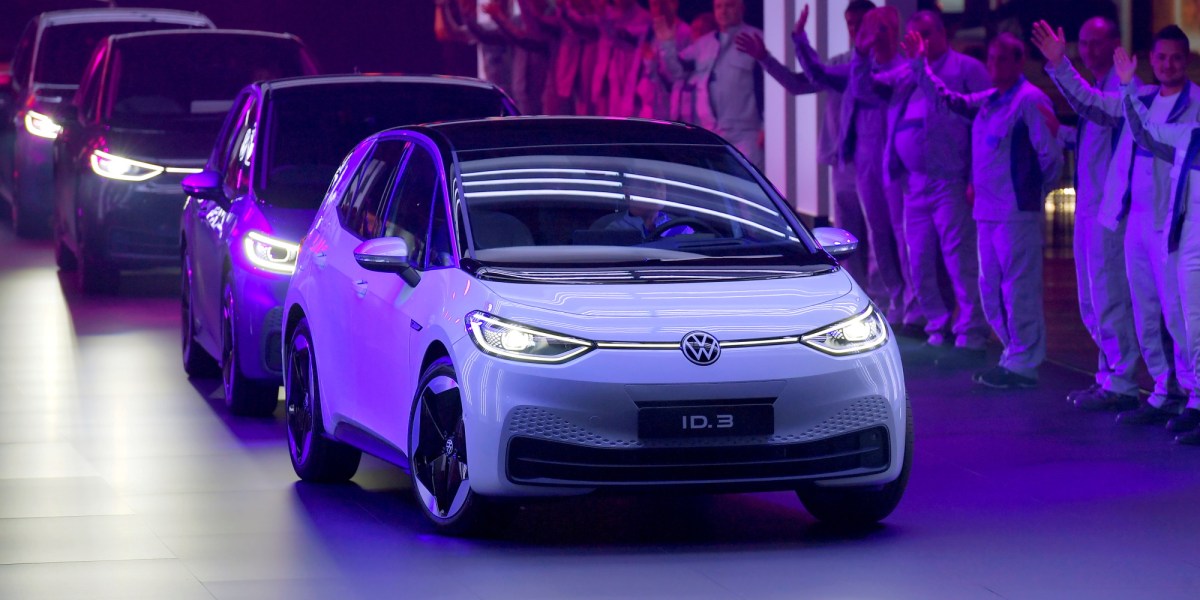 (Reuters) — In 2018, South Korea’s SK Innovation beat its larger, local rival LG Chem to a multibillion dollar deal to supply German carmaker Volkswagen with electric vehicle batteries in the United States. With great fanfare, SK Innovation broke ground in March on a $ 1.7 billion factory in Commerce, Georgia, about 200km from VW’s Chattanooga plant, which will be the automakers electric vehicle hub in the United States. LG Chem had other ideas.

Stung by missing out on the VW deal to the new kid on the block and the departure of 77 employees for its rival across the Han River in Seoul, LGC took SKI to court in the United States in April accusing it of misappropriating trade secrets. Fast forward seven months and the two firms have hit each other with U.S. lawsuits for battery patent infringements in a bitter row that threatens to disrupt the launches of electric vehicles (EVs) by some of the world’s biggest carmakers.

U.S court filings reviewed by Reuters show the feuding firms are trying to stop each other from importing and selling EV batteries destined for the SUVs VW will build in Tennessee as well as GM‘s Bolt, Ford pickups, Jaguar’s I-Pace, Audi’s e-tron, and Kia Motor’s Niro. At stake is the Korean firms’ ability to supply automakers in the United States with batteries just as the car producers are scrambling to lock in supplies with lucrative contracts ahead of an expected surge in demand, according to court filings by the two companies and several industry experts.

“Whoever loses the fight would suffer a fatal blow, unless the two reach a settlement. This will also be a setback for automakers,” said Cho Jae-phil, a professor at Ulsan National Institute of Science and Technology who worked previously at another Korean rival, Samsung SDI.

Ford spokeswoman Jennifer Flake said it was encouraging LGC and SKI to resolve their conflict without litigation and that it believed there was sufficient demand for multiple suppliers. “We are aware of the issue. As a normal course of action, we have business continuity plans in place to protect our interests,” Flake said in an emailed statement to Reuters.

GM spokesman Patrick Morrissey said the company was aware of the dispute and at this point it did not expect any impact on the production of its Chevy Bolt electric vehicle.

Volkswagen has said it is worried there won’t be enough batteries for all the EVs it plans to launch in the next five years, partly because producers such as LGC and China’s CATL don’t have enough skilled workers for new plants in Europe to ramp up output quickly.

According to Korea’s battery industry tracker SNE Research, the market for EV batteries — the most expensive and important component in the vehicles — is set to grow 23% a year to reach $ 167 billion by 2025, making it bigger than the global memory chip market which is expected to be worth $ 150 billion by then.

In one court filing, LGC said its rival poached employees working on its own project to supply batteries for VW’s MEB electric vehicle architecture — and that SKI only won the VW contract because it had misappropriated trade secrets.

SKI has denied stealing trade secrets, saying its staff signed agreements not to use information from former workplaces. “We value intellectual property,” a spokesman for SKI said.

If the ITC rules in favor of LGC on June 5, when it is due to make a preliminary ruling, that could jeopardize SKI’s plans to supply VW in the United States with batteries from Georgia or a new factory in Hungary, according to court filings.

In April, LGC asked the U.S. International Trade Commission to block SKI from bringing batteries and components into the United States, as well as manufacturing systems needed for U.S. production which is scheduled to start in 2022.

The SKI spokesman said there had been no change to its schedule for the factory, which will have the capacity to make batteries for more than 200,000 EVs a year. He said SKI had received inquiries about the lawsuits from customers, including if they would have an impact on supplies, without elaborating.

LGC said a final ruling on the case would be made on Oct. 5 next year but it asked the ITC earlier this month to make a so-called default judgment against SKI quickly.

The U.S. trade commission did not immediately respond to a request for comment.

iPhone users concerned they might have the coronavirus can now ask Siri for advice. Apple updated its digital assistant over the weekend to offer more comprehensive help for anyone fearing they may have contracted the virus, formally known as COVID-19. Now, when you ask Siri a question along the lines of: “Do I have the […]

Get $200 Off Unlocked Galaxy Phones With Bonus Amazon Echo

Amazon is knocking it out of the park on Cyber Monday. New deals are popping up quickly, and this $ 200 discount on select unlocked Samsung Galaxy phones is one of the best bargains we’ve seen this year. Not only will you get a great price on one of the best smartphones, but Amazon is […]

The best Linux laptops you can buy

Hunting down the best Linux laptops is nowhere near as overwhelming as seeking out the ultimate Windows-based PC. That’s likely due to the smaller number of manufacturers that support the open-source platform. HP and Dell are your well-known primary outlets, but there are a few others outside the spotlight, offering shiny Linux-flavored gems that are just […]