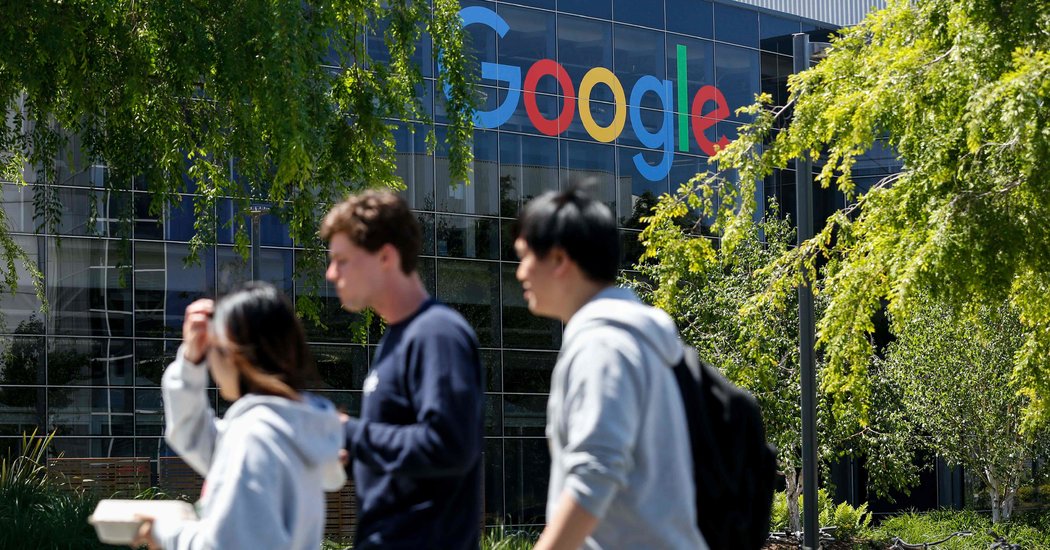 Google has long prided itself on a workplace culture in which employees are encouraged to speak their minds and engage in philosophical debates.

But now the company, stung by recent controversies, is trying to rein in its famously freewheeling employees. On Friday, Google issued new workplace guidelines that ordered its staff to refrain from insulting one another, from making misleading comments about the company and from “disrupting the workday to have a raging debate over politics or the latest news story.”

“Our primary responsibility is to do the work we’ve each been hired to do, not to spend working time on debates about non-work topics,” the guidelines read.

The new rules are a marked departure from Google’s unrestrained culture that, along with the workplaces of its Silicon Valley neighbors, was once held up as a model for corporate America. But those companies have learned that encouraging employees to speak up in office forums can also court trouble.

The latest controversy centered on a former Google employee’s accusations that he was fired for his conservative viewpoints and that the company aimed to help President Trump’s opponent in the 2020 election. After Fox Business Network aired an interview with the man, Mr. Trump tweeted that Google’s alleged actions were “all very illegal.” He added: “We are watching Google very closely!”

The right-wing news site The Daily Caller later revealed that the employee had urged Google colleagues to raise funds for a bounty to find a person who punched Richard Spencer, a prominent white nationalist, in the face.

As Google’s work force swelled past 100,000 employees and the nation’s politics became even more partisan, Google’s culture has become a flash point. Employee walkouts have quashed several projects and political debates on internal message boards have grown so rancorous that they have drawn the ire of Mr. Trump.

In the rules issued Friday, Google urged employees to be careful in their comments about the company.

“We’re all free to raise concerns and respectfully question and debate the company’s activities — that’s part of our culture,” the guidelines read. “Be sure to speak with good information. Don’t assume you have the full story, and take care not to make false or misleading statements about Google’s products or business that could undermine trust in our products and the work that we do.”

Google also said on Friday that it was hiring a team dedicated to moderating employee discussions on internal forums. When an employee breaks the company’s policies for workplace discourse, the team may remind those employees about the rules. The team can also “take other actions as appropriate in response to significant or repeated policy violations,” Google said on Friday.

[Get the Bits newsletter for the latest from Silicon Valley and the technology industry.]

The public got its first view of the internal rancor at Google after the leak of an employee’s memo that suggested women were less biologically suited to be engineers than men. The memo provoked an internal firestorm, and Google fired the engineer who wrote it, setting off political backlash from conservatives and fueling more news coverage.

That incident prompted Google to update its workplace rules to order employees to keep Google “a safe, productive, and inclusive environment for everyone.” The company explicitly banned “trolling, name calling, and ad hominem attacks.”

Months later, activists inside Google discovered their power when they successfully pushed executives to change the company’s sexual-misconduct policies and halt work on projects such as artificial intelligence developed for the military.

Lambda School is Silicon Valley’s big bet on reinventing education and making student debt obsolete. But students say it’s a ‘cult’ and they would have been better off learning on their own.

When I was in college, our country had just gone to war in Iraq. The mood on campus was disbelief. It felt like we were acting without hearing a lot of important perspectives. The toll on soldiers, families and our national psyche was severe, and most of us felt powerless to stop it. I remember […]

Traders work on the floor of the New York Stock Exchange (NYSE) in New York, U.S., January 7, 2019.REUTERS/Brendan McDermid 2019 was supposed to be the “year of unicorns,” but market volatility and the 35-day government shutdown have caused some companies looking to go public to slow down or delay their filing processes. Some companies, […]

Apple will miss Q2 2020 revenue projection due to coronavirus impacts