Many of us ask the digital companions in our homes, whether it’s Amazon’s Alexa, Apple’s Siri or Google Assistant, to handle innocuous tasks like setting a timer and playing music.

What most of us may not realize is that in some instances, there might be a person listening in, too.

In two separate reports in The Guardian and Bloomberg News, whistle-blowers recently said they had listened in on Siri recordings and Alexa activations that inadvertently recorded couples having sex and criminals making drug deals. Another publication, VRT, chronicled how a Google subcontractor shared more than 1,000 excerpts from Google recordings, which journalists then used to identify some individuals.

In the tech industry, it’s an open secret that artificial intelligence isn’t all that smart yet. It takes lots of people manually sifting through data to train the computing systems. That means humans occasionally cull through voice recordings to train Alexa, Siri and Google to understand the nuances of speech, such as distinguishing spoken words like “Austin” from “Boston,” or “U2” from “YouTube.”

But tech companies have been opaque in disclosing these practices to us. And they may also have overreached in the types of recordings that they gather.

Google, Apple and Amazon have since publicly said that less than 1 percent of recordings were subject to human review. Apple and Google also said that they suspended their human review programs, while Amazon expanded its Alexa assistant to include a suite of privacy controls.

That got me wondering: What can we do to protect our privacy with these smart assistants, short of chucking them into the recycling bin?

The good news is that there are steps we can take. Amazon and Google offer the ability to disable human vetting for their virtual assistants. Apple has said it plans to release a software update that will let people opt in to its program, which involves humans grading Siri samples for quality control, rather than being part of the program by default.

And there are other things we can do, such as deleting recordings and turning off sensors, to minimize the information shared with the companies.

Here’s a comprehensive guide on what to do to protect your privacy with each of the virtual assistants.

How to curtail Alexa data shared with Amazon

Among smart assistants, Alexa has the most comprehensive and straightforward set of privacy controls. Amazon recently released the Alexa privacy hub, which has a thorough explanation of the types of data collected by the virtual assistant and how to change its privacy settings.

Here’s how to opt out of human vetting:

Here’s how to delete your voice recordings:

Here are other precautions to take with microphones and cameras:

Amazon said in a statement that it takes customer privacy seriously. “We continuously review our practices and procedures to ensure we’re providing customers with the best experiences and privacy choices,” the company said.

How to delete your Apple Siri recordings

Siri is the most lacking in privacy controls among the virtual assistants, and the process to manage user data is the least straightforward.

For example, Apple does not offer an option to let people opt in to its so-called grading program, though it has said it plans to do so in a future software update. In addition, there is no ability to review Siri recordings associated with your account, and deleting recordings is cumbersome.

Siri does take some steps to mask your identity. When you make requests with an iPhone, for example, the device associates those with a random identifier instead of your Apple account ID, according to the company. To reset that random identifier, you can turn off Siri and then turn it back on.

Disabling Siri will also delete your data associated with it, including recordings.

Here’s how to disable Siri on an iPhone to erase your data and reset your identifier:

Some of the sensitive recordings uploaded to Siri appeared to have come from unintentional activations, like when the crown of the Apple Watch was pressed down by accident, which summoned the assistant. (In my experience, this can happen when leaning a hand against a couch cushion.)

So here is a precaution to take with an Apple Watch:

Apple declined to comment beyond an earlier statement announcing the suspension of its Siri-grading program.

Google offers some controls for tweaking privacy settings for Google Assistant on Android phones and Google Home smart speakers, among other products.

While Google’s human review program is suspended, you can still make sure you’re not a part of it by opting out. The search company also lets you automatically delete Google Assistant requests made after a period of time.

Here’s how to disable human reviews:

Here’s how to set your recordings to automatically delete:

A Google spokesman declined to comment and referred to a blog post, in which the company described its process of working with human language reviewers to improve speech recognition. 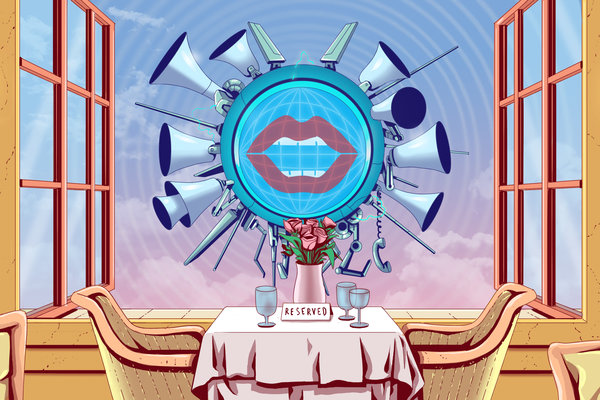 A.I. Is Learning From Humans. Many Humans. 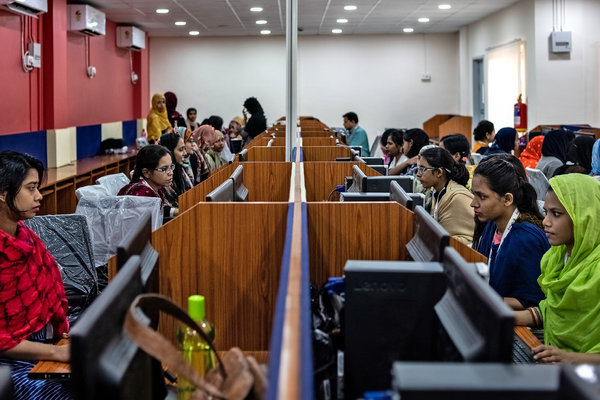 Facial Recognition Tech Is Growing Stronger, Thanks to Your Face

Alva said the company has not communicated with drivers yet about the novel coronavirus, despite the risk of infection. “No support, no advice, no guidance regarding what we do if we suspect any indicators of the problem,” said Alva, who added that he has been spraying his car with Lysol twice a day. Lyft spokeswoman […]

A San Francisco artist is suing Disney’s Pixar for allegedly not only stealing her artwork for the studio’s upcoming animated film “Onward” but also for doing so under “wickedly misleading pretenses.” Pixar rented Sweet Cicely Daniher’s van emblazoned with a unicorn for a company event in September 2018 as a visual prop, only for Daniher […]

The DeanBeat: How the rest of 2020 looks for the game industry

Get your game on with the best controllers for Android smartphones

How Infrared Images Could Be Part of Your Daily Life

Review: fierce and fun Warrior Nun is a perfect Fourth of July binge-watch