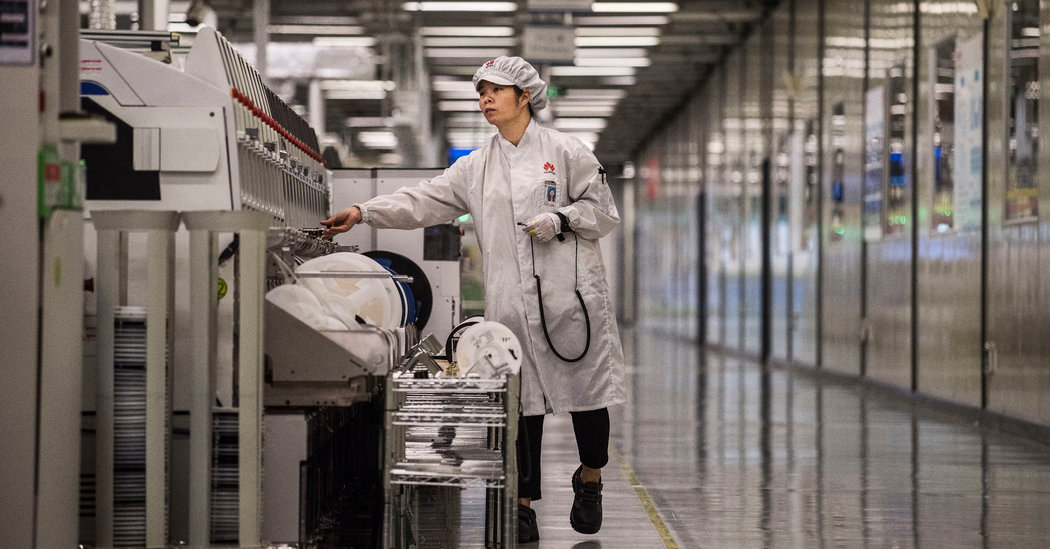 BEIJING — The Chinese technology giant Huawei said on Tuesday, without providing evidence, that the United States government had pressured the company’s employees to turn against it and had used cyberattacks to infiltrate the firm’s computer systems in recent months.

The company, which makes smartphones and equipment for telecommunications networks, has been the focus of an intense legal and political campaign by the Trump administration, which says Huawei products could be used by the Chinese government for spying or sabotage.

But in a news release on Tuesday about an unrelated allegation of patent infringement, Huawei said that the United States had recently expanded its offensive against the company.

In the past several months, the company said, American authorities had masqueraded as Huawei workers to “establish legal pretense for unfounded accusations against the company,” although it did not say what the accusations were.

The Huawei statement also said that F.B.I. agents had visited Huawei employees at their homes and had pressed them to collect information about the company, and that the United States had targeted the firm’s internal systems with cyberattacks.

A company spokesman declined to elaborate on the accusations, which appeared as bullet points at the end of the news release.

Huawei has long denied that its gear is a security threat, but American officials have pressured allied governments to bar cellular carriers from using the company’s equipment to build new networks. The United States arranged for the arrest last year of Huawei’s chief financial officer, Meng Wanzhou, and has filed criminal charges against the company related to technology theft and violations of sanctions against Iran.

This year, the Commerce Department added the company to an export blacklist, restricting its ability to use American-made parts and technology, including Qualcomm microchips and Google smartphone software.

The department said last month, however, that Huawei would be allowed to continue working with American suppliers through November, a move meant to give rural telecom providers in the United States more time to replace the Huawei equipment in their networks.

The F.B.I. declined to comment on the Huawei accusations. But in the past, the United States has used secret cyberoperations to fish out information about the company.

Years before the Trump administration took on Huawei, the National Security Agency began a covert program against the firm, and by 2010, the agency had pried its way into Huawei servers in China, The New York Times reported in 2014.

The main purpose of Huawei’s news release on Tuesday was to rebut allegations, reported earlier by The Wall Street Journal, that the company had stolen technology from Rui Oliveira, whom The Journal described as a Portuguese multimedia producer.

Huawei said in its statement that Mr. Oliveira had met with company representatives in 2014 to pitch his design for a smartphone camera. After deciding not to use the design, Huawei released an independently developed camera in 2017, the company said.

Then, last year, Mr. Oliveira accused Huawei of infringing on his patents in the United States, and threatened to air his claims in the news media unless the company paid him, Huawei said in the statement. The company filed a complaint against Mr. Oliveira in March, asking an American court to declare that it had not violated Mr. Oliveira’s patents.

The Journal reported last week that American officials were looking into the matter. Mr. Oliveira could not be reached for comment.

Richard Branson’s Virgin Galactic announced Friday that after years of waiting and delays, it will finally move its operations to Spaceport America, the launch site in rural New Mexico that bills itself as “the world’s first purpose-built commercial spaceport.” For years the spaceport, which cost New Mexico taxpayers $ 220 million to build, waited for […]

A Feisty Google Adversary Tests How Much People Care About Privacy

PAOLI, Pa. — Gabriel Weinberg is taking aim at Google from a small building 20 miles west of Philadelphia that looks like a fake castle. An optometrist has an office downstairs. Mr. Weinberg’s company, DuckDuckGo, has become one of the feistiest adversaries of Google. Started over a decade ago, DuckDuckGo offers a privacy-focused alternative to […]

How to get Microsoft Office for free

Rosetta Stone is the best way to learn a new language, and it’s $100 off

How to make a group chat on Snapchat