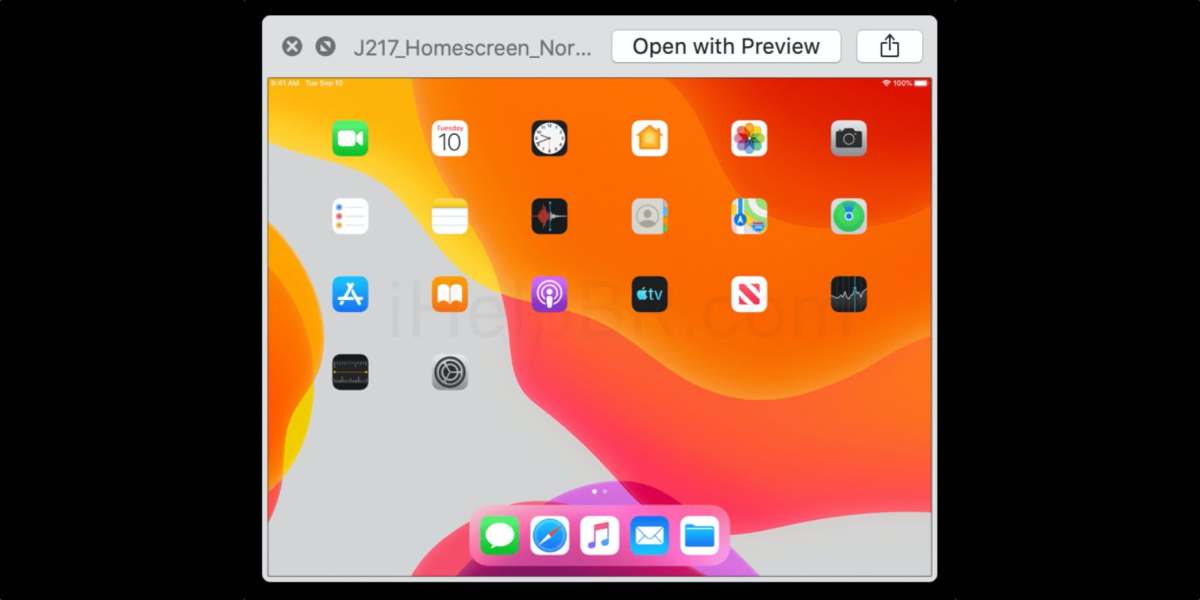 Rumors and informed speculation have pointed to the likely timing of Apple’s next media event, and the latest piece of evidence — images found by iHelpBR in today’s seventh beta release of iOS 13 — appears to confirm the date: September 10, 2019.

Labeled “hold for release,” the separate images show an iPad screen and an iPhone screen with the 10th on their Calendar apps, suggesting that the assets weren’t intended to become public until the day of the event — typically when the final version of iOS would ship to the public. Last year’s late beta releases shipped with September 12 images, correctly forecasting the event date for iOS 12 and related operating systems, as well as the Apple Watch Series 4, iPhone XR, iPhone XS, and iPhone XS Max.

While Apple’s specific timing varies from year to year, it often picks the second Tuesday in September for its annual iPhone and Apple Watch announcements, followed by a launch of at least certain iPhone models on a Friday, a week and a half later. A September 20th release date has been floated as likely ever since a Japanese carrier suggested that the new iPhones would release ahead of a new smartphone-related regulation in Japan, scheduled for October 1.

It’s currently unclear whether Apple will use the event to reveal new iPhones, iPads, and Macs, or restrict it solely to new iPhones and Apple Watches. Last year, the company held a separate event in October focused on iPads and Macs, most notably debuting the redesigned iPad Pro alongside new Mac minis. The company typically only separates September and October events when it has a major new product or redesigned iPad/Mac model worthy of an individual spotlight.

Better Phones for Better Coverage T-Mobile has been attracting customers in the millions recently with its killer combination of price and performance. It also nabbed the top spot in our Readers’ Choice awards. The nation’s third-largest carrier has had steadily improving coverage according to our Fastest Mobile Networks tests, as well, although you need to […]

Prepare yourself for a foldable smartphone, Samsung fans. Samsung Mobile on Sunday changed its Facebook profile photo to an image of the Samsung logo folded in half. Many are taking that as a not-so-subtle hint that the Korean tech giant is planning to unveil the long-awaited foldable phone at its annual developer conference, which takes […]

How Roblox is moving ahead with its digital civility initiative

Roblox has more than 80 million monthly players on its Lego-like virtual world platform for teens, and it only takes a few bad apples to ruin the fun. That’s why the company is moving ahead with a digital civility initiative, which is meant to improve online safety and to start reducing trolling and toxic behavior. The […]

Humanity’s media habits shifted radically in the 2010s. What do the 2020s hold?

The best racing games of all time