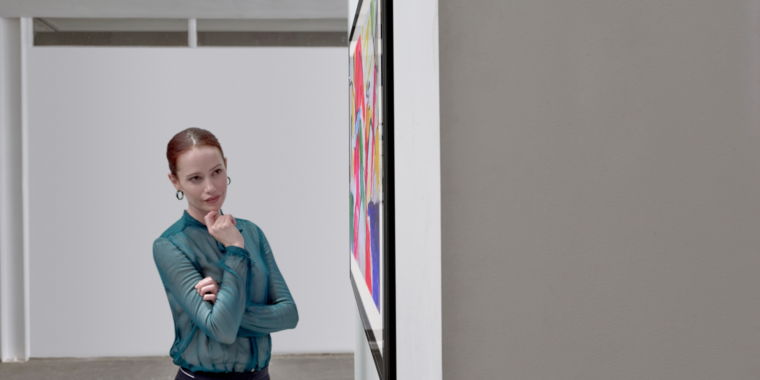 LG has announced both a shipping window and specific price points for its new 4K OLED TVs for 2020. All of these consumer TVs will begin shipping in April and May, except for the WX wallpaper model and the new 48-inch size from the CX line, which will both ship in June. Prices range from $ 1,600 all the way up to $ 6,000.

Here are LG’s suggested price points for the lineup in the US:

Last year’s models were labeled B9, C9, and so on, but LG hasn’t specified the final model names for these new TVs. B10, C10, and so on seems likely, though.

The BX series is LG’s entry-level product line (insomuch as any OLED TV line can be entry level, that is). As far as we know, it uses the same panels as the CX series, so image quality should be similar in many respects. However, it does not have LG’s new Alpha 9 Gen 3 AI processor, so it misses out on a lot of AI-driven improvements to picture and sound quality, along with a few extra premium features.

For example, the CX can analyze the scene being played, make determinations about what kind of content is being displayed, and apply processing to objects in that scene accordingly. The BX does not have the same kind of capability, as it uses an older version of LG’s processor.

The CX series is arguably the flagship, offering all the latest LG OLED TV features without any additional wrinkles or gimmicks, and it’s being offered in a 48-inch variant for the first time. LG has positioned that TV as an ultra-high-end computer monitor, but we’re skeptical about that given LG OLED TVs’ propensity for burn-in when showing static content for long periods of time.

The GX is like the CX, but it’s part of LG’s new “Gallery” series of TVs meant for wall-mounting and set to compete with Samsung’s The Frame TVs that have proven popular with some consumers. The GX has all its audio hardware built in, whereas the related WX pumps the audio out through an included-but-not-attached Dolby Atmos soundbar.

These TVs support fresh new tech like HDMI 2.1, VRR, and Filmmaker Mode. LG hasn’t announced pricing for its 8K lineup yet, but those TVs are sure to be even more expensive.

Enlarge / The iPhone 11, iPhone 11 Pro, and iPhone 11 Pro Max running iOS 13. Samuel Axon Today, Apple released iOS and iPadOS 13.1.2, as well as watchOS 6.0.1. All of the updates are focused on bug fixes. The iOS release fixes an issue that prevented Bluetooth connectivity, plus others that stopped the Camera […]

The OnePlus 7 Pro. With a front that is nearly all pixels, there isn’t much you can do to improve smartphone design from here. Ron Amadeo Notches? Bezels? Camera holes? Nope, there’s nothing here to interrupt the display. Also note the skinny earpiece integrated into the top edge of the phone. Ron Amadeo OK, the […]

Austin startup RigUp went from hiring ‘at a rapid pace’ to cutting 25% of staff in a matter of weeks. Now a data breach is adding to its woes.

The best Android phones for 2020