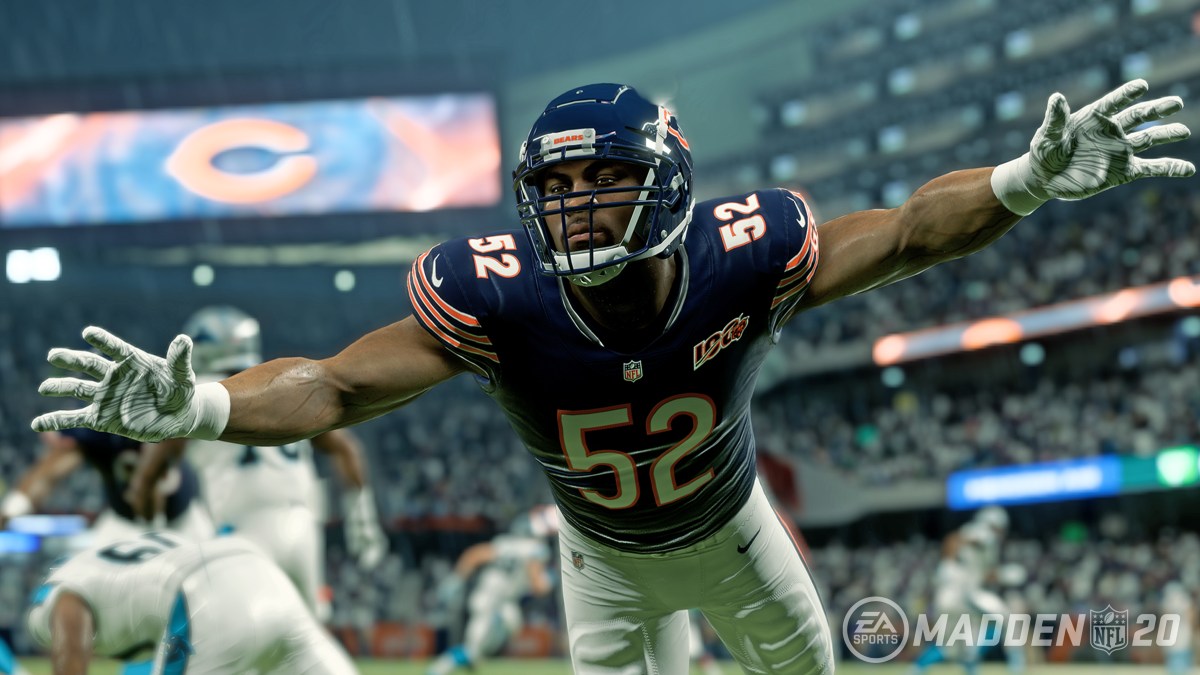 We all want to be recognized. Whether you’re a marketer or a professional athlete – whether the job is running ads or running routes in NFL stadiums — we all want to put our best foot forward. We put in work, and we want that work to get noticed.

Then again, no one gives much thought to the marketer’s 40 time. You aren’t likely to find any film breaking down their player ratings technique. Different jobs draw different attention. That’s why the NFL player gets sized up-and-down using every imaginable measurable – and not just by potential employers and opponents. Every Madden player has an opinion about those measurables and how the numbers translate.

As an athlete marketing partner of EA Sports, we’ve seen firsthand how effectively their team amplifies its player strategy on social media. So it’s no wonder the creators of Madden 20 and the epic video game franchise, are generating as much buzz for their calculations as they are for the game itself.

The August 2 release date had been circled on calendars for months. But it is the announcement of the game’s player ratings — on July 15 for this year’s title — that has evolved into a cultural moment. Fans anticipate the ratings reveal like an album drop. The athletes get in on the action. From Aaron Donald to Zach Wood (tight ends deserve love, TBH), the quantitative analysis of NFL player skills becomes a viral moment and a national conversation. The team at EA Sports have turned the company’s annual stock-taking of NFL players into a sprawling hot-button event.

What’s more interesting, though, is how the brand pulled it off. The Madden player ratings have been a draw for the game since 1993, when EA Sports acquired licensing rights to NFL teams and players. Gamers began studying and debating the numbers. The explosion of fantasy football and more dynamic and realistic video game play transformed armchair quarterbacks into virtual coaches and GMs. As the kids who came up playing Madden grew into actual players — at a time when social media began changing how we consume information and entertainment — the subjects of the game were suddenly some of its biggest influencers.

Now, through Twitter and Instagram, athletes have direct access to not only the fans, but also the designers of the game itself. And because we’re talking about world-class athletes, the competitive drive runs deep.

From my time in locker rooms at the University of Nebraska to the Carolina Panthers, I can personally attest that athletes compete over everything. Players will find every opportunity to take shots at their teammates’ performance on the field and the screen. At its core, it’s all in good fun and friendly competition. Moments like the Madden ratings release take typical locker room chirping and amplify it to the world.

Submitting new evidence to be considered for my @MaddenNFL speed rating. You can’t photoshop a video. pic.twitter.com/6h02i6oRqR

Last year it was Jaguars running back Leonard Fournette who posted a video criticizing his player rating — which drew a tongue-in-cheek response directly from the EA Sports. This year, Tom Brady’s post poking fun at his speed rating took off, earning more than 2 million video views — more than twice that of any post from the Madden account during the same time frame. Tellingly, three of the 10 highest-performing tweets from NFL players during July were reactions to Madden ratings.

And I get it! In college, the first thing I did when the new NCAA Football game came out (Please, NCAA, let’s bring it back) was check my own “Kicking Power” rating. As a kickoff specialist, I took pride in having the strongest leg in the game. If that rating wasn’t in the high nineties, I was a little offended. It’s funny looking back, but that’s the truth.

Because of this annual groundswell, EA Sports has positioned more marketing efforts around the ratings. A webpage featuring comprehensive, sortable ratings and popular rookie features was created. EA Sports’ player ratings “trailer” draws big views. Coverage of the Madden ratings, their release and player commentary blanket the internet, from Bleacher Report to basement blogs. NFL Network, once known for its nuts-and-bolts approach, airs segments capturing player reactions to their ratings, which then get huge clicks on YouTube. EA Sports now dispatches a team of adjusters to take in ratings feedback, solicit player opinions and tweak the numbers in season – a power move that helps appease those player-influencers, drums up additional fan interest and builds greater credibility with its 175 million users worldwide. Win-win-win.

Keep in mind: Most of these developments arrived as responses to a moment of passion that sprang from outside the reach of the league or game developer. Fun, personal, real reactions rallied a customer base and planted the seed for an organically growing following and a brand that is now stronger than Ndamukong Suh (c’mon, man – only a 98 rating?!).

This full-on cultural phenomenon? It started with an entertaining product and word of mouth. But EA Sports deserves additional props for taking the ball and running with it – leveraging social media and pushing all the right buttons to encourage and amplify the message of its most powerful ambassadors – the players. That’s how you build a community.

Adi Kunalic (a former Nebraska kickoff specialist and NFL player) is the president and cofounder of opendorse, the social publishing platform that helps over 7,500 professional and collegiate athletes share content from partners on social.

Got an NES Classic? Here’s how to hack it to play more than 700 games

Although the NES Classic was once hard to find and even ceased production at one point, now it’s readily available at retailers. That’s exciting for fans of classic games. While it comes with 30 of the best NES games, even masterpieces like Super Mario Bros. 3 get old after a while. Fret not! It is […]

Fortnite is reaching the end of Season 6, and with the start of Season 7 later this week, we’re sure to get plenty of bizarre surprises. In keeping with the game’s topical approach to seasons, which has included special Halloween gear in the past, Season 7 will be as chilly as the current weather. The […]

The best GameCube games of all time

The GameCube occupies a special place in Nintendo history. Released in 2001, the square box — complete with a lunch pail style handle — cemented Nintendo as a hardware manufacturer unafraid of taking risks in the face of stiff competition from Sony and Microsoft. Its quirky controller made the N64’s boomerang pad seem bland, and, […]

Want to clear your browser’s history from the beginning of time? Here’s how

SpaceX and NASA just blew up a Falcon 9 rocket on purpose, and it has something to do with Apollo 1

Sony rumored to unveil PlayStation 5 in February, in line with to PS4 timeline