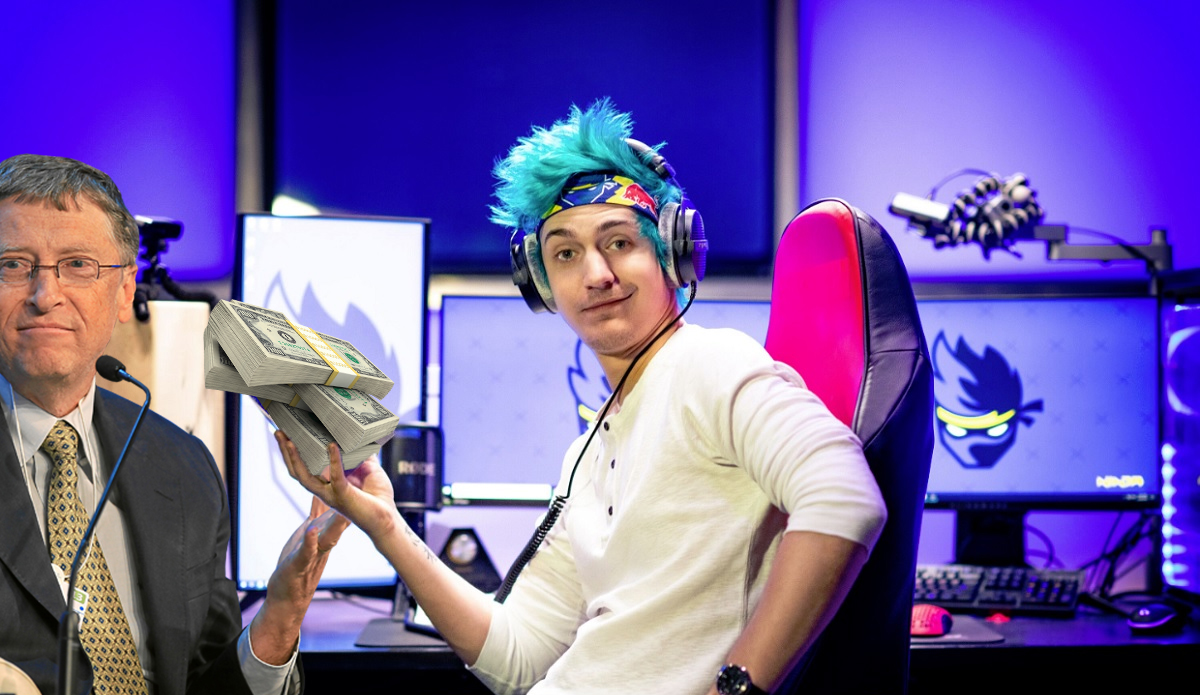 Microsoft just mixed up the streaming world. Tyler “Ninja” Blevins, a livestreamer whose fame rose with the explosion of Epic Games’ battle royale phenomenon Fortnite, announced today that he is leaving his Twitch channel to broadcast full-time and exclusively on Microsoft’s similar platform Mixer.

Ninja had one of the biggest channels on Twitch. His audience is so large that he could push a game into the top 10 most viewed on Amazon’s broadcasting platform almost on his own. That makes Ninja extremely valuable to brands and marketers, and in turn, that makes Ninja valuable to his host platform. That is why Ninja became the unofficial face of Twitch. He even hosted the company’s New Year’s Eve livestream party from New York City.

Ninja’s value extends beyond Twitch. Mixer has grown since Microsoft acquired the company in 2016, but it has done that largely through Xbox integration and slick technology. But that excellent tech can only push something like Mixer so far. In the end, it’s going to come down to content and community, and Ninja brings both of those things.

Ninja announced his move on Twitter in a faux press conference. You can tell it’s not a real press conference because I’m not there asking him when he’s going to invite a woman onto his stream.

The first livestream kicks off during Lollapalooza on Friday, August 2. He will continue to broadcast from the Red Bull Outpost through August 4.

But if you’re looking for an explanation for why this is happening, Ninja did provide a statement.

“As I look at the next step in my career, achieving bigger goals in the gaming industry with Mixer will allow me to have the perfect balance of opportunities and success,” Ninja said. “My roots as a gamer started with Halo, so working with Microsoft and coming over to Mixer felt like a natural next step. Capturing all the great moments in gaming and sharing in the wins and losses with a positive, community-focused environment that we can all be proud of — that’s why I’m here.”

Mixer doesn’t have nearly as many monthly viewers as Twitch. So I would probably translate everything Ninja said to this: “money.” Microsoft knows that it has to invest in content. So like Netflix or other traditional streaming services it has started writing checks to creators.

Of course, Mixer’s tech does focus on community interaction, and Ninja is promising to take advantage of that.

“Whether it’s participating in events where I can connect with other people who love games or creating the best interactive streaming platform, Mixer inspires me to push the boundaries of gaming and opens up opportunities for me to interact with my community in more ways than ever before,” he said. “I’m excited to continue doing what I’ve been doing — playing games and sharing my experiences with the world — and so much more.”

We’ve seen this before

This is not the first time we’ve seen a platform try to get exclusive content in livestreaming. As the esports organization Major League Gaming attempted to shift into media and content, it started signing deals to bring Twitch streamers exclusively to MLG.tv. The company was even the exclusive partner for Felix “PewDiePie” Kjellberg’s podcast.

Today, MLG.tv is no longer a going concern. That URL now redirects to MLG.com and Activision’s esports news and content.

That doesn’t mean that Mixer’s strategy is doomed to fail. But this is also not the magic bullet that is going to put Mixer onto Twitch’s level. A lot of Ninja’s audience is likely to move over, but some may decide to just find someone new on Twitch because that’s easier.

Either way, I hope Microsoft forces him to treat women the same way he treats men.

The original backglass for the Medieval Madness pinball table. Note the blood on the swords, cigar in the troll’s mouth, and bikini-clad woman in the bottom-left corner. Pinball News Medieval Madness‘ backglass as seen in Pinball FX 3. The blood and cigar have been removed and the woman clad in heavier clothes. The original playfield […]

After 12 long years, the Half-Life game series is officially returning. On Monday, Valve dropped the surprise announcement with a tweet; the company is working on Half-Life: Alyx, a virtual-reality based game. Valve plans on releasing more details on Thursday at 10am PST. We’re excited to unveil Half-Life: Alyx, our flagship VR game, this Thursday […]

Microsoft today released a new Windows 10 preview for PCs with Tencent games compatibility promise and five bug fixes. This build is from the RS5 branch, which represents the Windows 10 update the company plans to release in October. The company is also releasing builds from the 19H1 branch, which, as its name indicates, will […]

Humanity’s media habits shifted radically in the 2010s. What do the 2020s hold?

The best racing games of all time