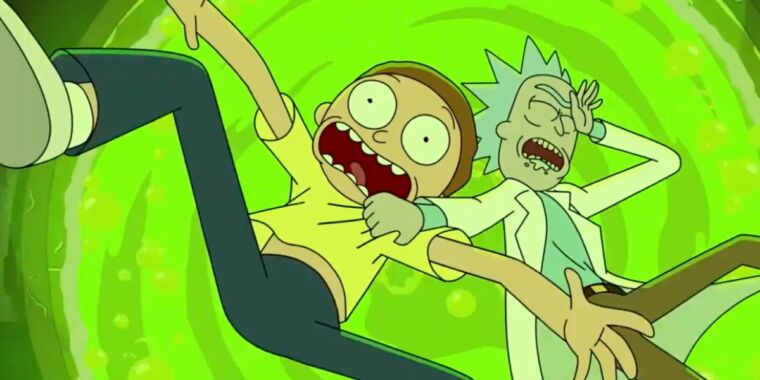 Just a few days after dropping a special samurai-themed Rick and Morty episode, “Samurai and Shogun,” Adult Swim has given us the trailer for the hotly anticipated second half of the popular animated series, along with a release date: May 3. That should delight hardcore fans, who had feared the release of the special episode meant a longer wait for the regular series’ return.

(A few mild spoilers for prior seasons below.)

Rick and Morty creators Justin Roiland and Dan Harmon weren’t directly involved with the creation of “Samurai and Shogun”—they’ve had their hands full wrapping S4 and making a new animated series for Hulu, Solar Opposites. The five-minute short is a clever send-up of classic samurai films, such as those directed by the legendary Akira Kurosawa. Jason DeMarco, SVP and creative director on-air for Adult Swim, also cited the classic manga, anime, and film franchise Lone Wolf and Cub, in which a samurai is charged with protecting a young boy, as a primary influence. (The same franchise was also an inspiration for The Mandalorian.) DeMarco did hint that five new episodes of S4 were coming, although he didn’t indicate that it would be so soon.

The short opens with Rick, dressed in samurai garb pushing a stroller holding Shogun Morty through a moonlit field, when several portals open up, depositing multiple Ninja Ricks. It’s entirely in Japanese, with broken English subtitles, which just adds to the fun. (“Such a fool you are to kidnap Shogun Morty, the soul to us Ninja Rick!” the eyepatch-wearing leader of the Ninja Ricks declares.) A classic sword fight ensues, with all the torrents of spurting blood one would expect from a Rick and Morty tribute to samurai films.

The new S4 trailer is set to Thin Lizzy’s “The Boys are Back in Town” and is filled with the duo’s usual insanely irreverent sci-fi antics. “Initiate unnecessarily badass suit-up!” Rick commands as he and Morty don mechanized suits to battle a horde of attackers. Speaking of mech-suits, we get a glimpse of Morty’s old dog, Snuffles, battling a cat (also in a mech suit). There’s also a scene of the Citadel of Ricks, hinting that we’ll be getting more Evil Morty, who is their president.

Rick and Morty seem to be on quest to find Morty’s sister, Summer, who has somehow become queen of an alien planet. And—in another throwback to seasons past—we see Summer engaged in a lightsaber battle with her former BFF Tammy. Tammy, you may recall, married Rick’s friend Birdperson (now Phoenixperson) in the S2 finale and turned out to be a secret agent of the Galactic Federation. And of course, there is plenty of child endangerment, with Rick putting his grandson in all manner of perilous situations, advising him at one point, “If anything goes wrong, which it won’t, jump into the same vat of acid I jump into.”

Rick and Morty returns to Adult Swim/The Cartoon Network on May 3, 2020.

Xbox One hardware falters, but software and services are bright spots

Xbox One hardware sales are continuing to fall, and that put a drag on Microsoft’s gaming division. Xbox revenues for Q1 of fiscal 2020 were down from $ 2.738 billion to $ 2.542 billion. The end of the generation is here, and people are less willing to go out and buy new hardware that originally […]

Star Trek: Picard frontloads fanservice so it can get on with going boldly