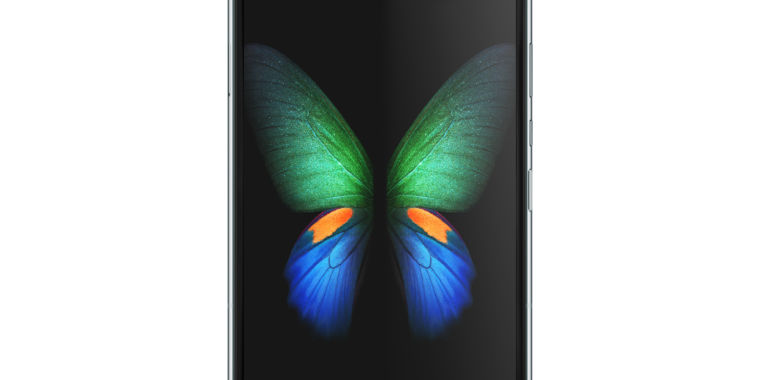 The April launch of Samsung’s futuristic foldable phone was cancelled at the last minute after devices started dying in the hands of early reviewers, but Samsung thinks it finally has the Galaxy Fold situation figured out. The company issued a press release late last night detailing the Galaxy Fold relaunch plan, which includes some redesign work and promises a September launch window for “select” markets.

The Galaxy Fold had a couple of outstanding issues when it was sent to the press. First, the device shipped with a screen protector-like sticker applied to the display, and while you might think you’re supposed to peel this off as part of the unboxing process, peeling off the sticker actually killed the display. Several reviewers accidentally destroyed their devices because this sticker looked exactly like a screen-protector: it didn’t cover the front of the device edge to edge, leaving an exposed, visible seam around the perimeter of the display.

The second problem was ingress. Many phones today have high ingress ratings to the point where they are water and dust resistant. But the folding hinge design of the Galaxy Fold created massive gaps in the body, to the point where it can collect pocket lint. Reviewers reported debris would enter the back of the device and work its way into the display area, and in some cases this debris would press into the back of the screen and damage it.

With all that in mind, Samsung announced the following changes to the Galaxy Fold, after a five month delay:

Samsung also released a collection of renders of the new Galaxy Fold, which we can meticulously compare, pixel by pixel, to the old renders of the Galaxy Fold. From what we can see, that “protection cap” Samsung mentions is a new T-shaped object over top of the hinge. The “additional metal layers underneath the Infinity Flex Display” should make the phone a bit thicker, but it seems like that thickness will be absorbed by the plastic frame around the phone. The new renders show a thicker bevel in the plastic frame, presumably indicating the frame will stick out from the surface of the phone more. The last visible change is in the spine of the phone, which seems to have been redesigned for a smaller ingress point.

Samsung doesn’t have an exact launch date nailed down yet, saying only that the phone will arrive sometime in September. September is prime iPhone launchin’ season, though, so Samsung might struggle to get attention for its Fold fix. Maybe that’s by design, though—Samsung’s CEO recently called the Galaxy Fold’s failed launch “embarrassing,” so maybe at this point Samsung would rather just forget about the whole thing.

Given the first-gen nature of the device and the sky-high price, it was hard to imagine many people picking up the Galaxy Fold back in April. After this delay and all the reported problems, it seems like even fewer people will be inclined to risk a purchase of the Galaxy Fold. But Samsung doesn’t seem fazed—the company has already confirmed it isn’t budging on the price and that the phone will still cost $ 1,980.

Enlarge / A 17-minute charging race puts Xiaomi at 100 percent, Oppo at 65. Xiaomi We all know battery density hasn’t kept pace with the power demands of smartphones, but would you settle for a smartphone that just charged really, really quickly? Xiaomi is teasing a new high mark for speedy phone charging: a “100W” […]

Enlarge Shipt On Thursday, Target unveiled a new same-day ordering feature on its website. For just $ 9.99, customers can get items delivered to their door in a couple of hours. I gave the service a try on Thursday, and I loved it. It was fast, convenient, and affordable. The part I’m most excited about, […]

Instacart’s workers will strike for safety protections and hazard pay. A lifeline of groceries could be caught in the middle.

HQ Trivia returns just when you need it the most