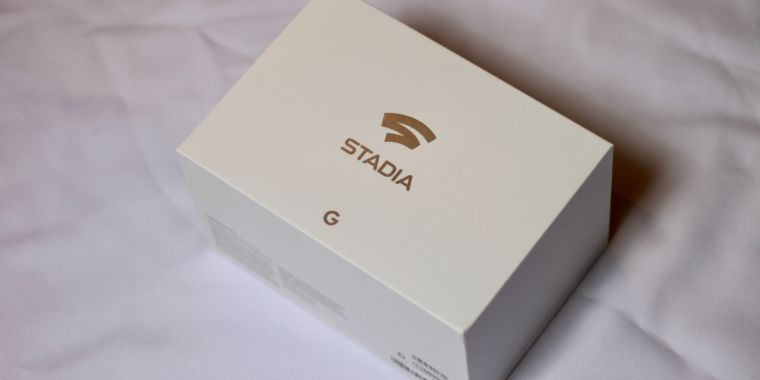 Nearly five months after its paid launch, Google’s Stadia streaming-games service is finally rolling out a (relatively) simple way to try it out for free. Curious new users no longer have to pay $ 130 upfront or a $ 10 monthly fee (or rely on an invite code from a Premiere Edition subscriber) to try the service.

Google announced today that it would be rolling out free access to Stadia across 14 countries over the next 48 hours. Anyone with a Gmail address should soon be able to sign up for Stadia at its website or through the mobile app on Android or iOS. Despite this morning’s announcement, that free offer wasn’t available via the website in the United States as of press time, though Android users are reporting the ability to sign up through the app.

Those new signups will include two free months of Stadia Pro, which includes instant streaming access to nine games:

(An Ars analysis from January found only a few thousand players had accessed that month’s free edition of Thumper on their Stadia Pro accounts.)

New Stadia signups will have to opt out of their Stadia Pro subscriptions to avoid a $ 10 monthly fee after the trial is up. At that point, they will lose access to their Pro-tier freebies and discounts. Games purchased individually during the free Pro trial (including those with Pro-tier discounts) can still be played after dropping to the free tier, though. Current Stadia Pro subscribers will not be charged for their next two months as well.

Free-tier players are limited to 1080p streaming resolution and stereo sound, losing out on the 4K resolution, 5.1 surround sound, and HDR colors available to Pro-level subscribers (local bandwidth permitting). Google also says it will be setting all players to 1080p resolution by default to limit overall bandwidth usage—Pro players will have to adjust their settings in the Stadia app to get a full 4K experience.

Free players can stream individually purchased games to any PC or laptop computer with the Chrome browser, but they will need to purchase a Chromecast Ultra and Stadia Controller in order to play on a TV directly. For mobile play, Stadia users need one of a limited selection of Android phones:

Stadia gameplay on iOS devices is currently in beta testing and is expected to launch sometime in the second quarter of 2020, according to a SlashGear report.

Since launching with 22 titles in November, Stadia’s selection of available games has expanded slowly to a current 38 titles (not counting DLC and special “editions” of base games). Of those, only two—Doom Eternal and Stacks on Stacks (on Stacks)—originally launched on other platforms in 2020. Three others—Lost Words: Beyond the Page, Spitlings, and Gylt—are currently exclusive to Stadia, with more exclusives planned throughout the year.

Google Stadia’s free offering brings it to relative parity with Nvidia’s competing GeForce Now streaming service, which quickly attracted over a million users after launching with a free-access tier in February (though GeForce Now limits free users to one-hour sessions after a 90-day trial). GeForce Now lets users access a library of hundreds of games you’ve already purchased from other platforms, hosted on and streaming from Nvidia’s remote servers, though some publishers are bristling at being included.

Enlarge / Just one of the hundreds of "Guitar Hero TV" songs that will no longer be playable in a few months. A customer who bought Guitar Hero Live late last year has brought a proposed class-action lawsuit against Activision accusing the publisher of false advertising and other violations regarding the coming December shutdown of […]