The collaboration will also include a global marketing partnership at various Overwatch League events throughout the term, such as sweepstakes where fans could win tickets to league events and Overwatch League prizes. TeamSpeak will develop a custom solution for the Overwatch League based on their existing technology platform. TeamSpeak claims its technology provides ultra-low latency, high reliability, and high-definition audio for in-game communications. TeamSpeak tackles performance, security, and flexibility. TeamSpeak says its software has been downloaded more than 125 million times this year. 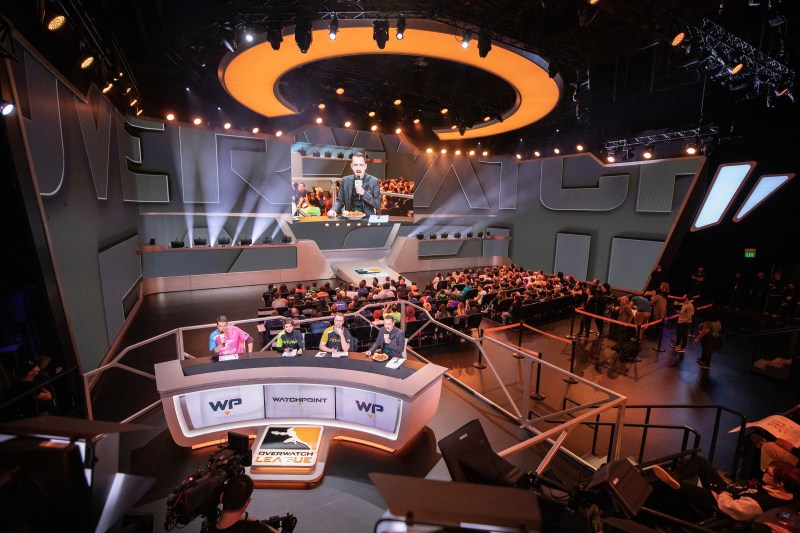 “Being selected as the official voice supplier for the Overwatch League is a significant step in the growth and global adoption of our superior voice technology,” noted TeamSpeak CEO Ian Bamford in a statement. “We’re thrilled to set the new de facto standard for in-game communications, powering thousands of professional teams and aspiring pros the world over.”

As the official voice supplier for the Overwatch League, TeamSpeak has worked closely with Overwatch League technical and production teams to produce a fully digital audio solution to replace the analog on-stage communication systems that were used in prior seasons.

“In-game communication is crucial, especially at the professional level where the stakes are high and latency, performance, and quick interaction can make or break a team’s ability to win,” said Pete Emminger, tje vice president of global broadcast at Blizzard Entertainment, in a statement. “As Overwatch League teams get set to host matches in their home markets around the world starting in February, having TeamSpeak as the official voice supplier for all Overwatch League matches will give players the highest quality voice comms available.”

TeamSpeak claims it provides a secure, offline environment for voice communications that you can record, distribute, move, and manage with one central admin while maintaining the lowest levels of latency and resource use.

[embedded content] Two days ago, a strange post appeared on the Fortnite Battle Royale subreddit. User jamielliottg (Jamie Elliott) posted a video of himself playing Fortnite while asking Alexa for updates along the way. The smart assistant would inform him how many players remained alive in the match, how many resources he has, and more. This, […]

Did a vigilante ROM leaker go too far to “preserve” a lost Atari ROM?

Enlarge / Your mission… should you choose to accept it… Paramount Pictures / Aurich Lawson Earlier this month, the digital preservationists at The Dumping Union made an important announcement in the world of arcade game emulation. The collective had gotten its hands on a ROM image of Akka Arrh, an extremely rare Atari arcade prototype […]

The holiday season is imminent, and it’s another marker in the year where retailers, service providers, and other industries tailor their offerings to fit in with the seasonal holidays. But why exactly is seasonal content so important, especially for mobile games? In short, it can boost session lengths, retention, and monetization because it gives players […]

Your Doorbell Camera Spied on You. Now What?

Hurry! Sony PS4 Pro is on sale for just $300 at Walmart right now