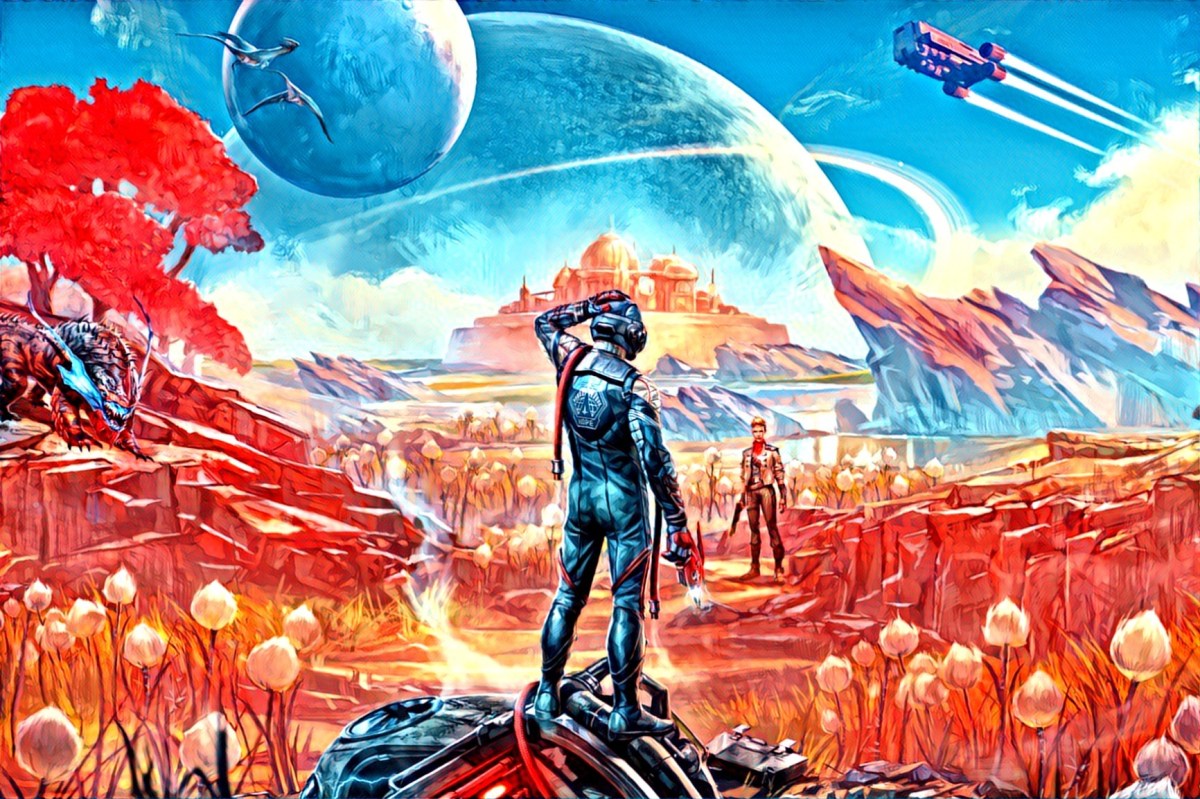 One of my favorite games on the Xbox 360 was The Elder Scrolls IV: Oblivion. That 2006 open-world fantasy was massive and open-ended, and it signified what the future of games looked like. So I remember getting excited for the possibility of something like Oblivion and then The Elder Scrolls V: Skyrim in space when we started hearing that the new Bethesda game was going sci-fi. It took more than 10 years, but we finally got that game in developer Obsidian Entertainment’s The Outer Worlds.

Obsidian and publisher Private Division are releasing The Outer Worlds on October 25 for PC, PlayStation 4, and Xbox One. It’s coming to Switch eventually as well, and if you are playing on PC or Xbox, you can get it as part of the Xbox Game Pass subscription. And you should.

In his review, GamesBeat managing editor Jason Wilson gave it a 91-out-of-100. He writes that the game is funny with exciting quests that branch in compelling ways. I agree.

But I’m loving it because it really does feel like the promise of an Oblivion, Skyrim, or Fallout in space — even if it isn’t quite as open as those Bethesda games.

Let’s get this out of the way upfront. The Outer Worlds doesn’t have huge, endless environments like Skyrim or Fallout: New Vegas. Instead, you dock your ship at various ports in a solar system, and then you explore large — yet noticeably finite — locations. For example, you can’t walk across the entire circumference of a planet. Even if a world has multiple landing pads, they don’t directly connect. Obsidian has cordoned them off into their own zones.

But within these more compact spaces, The Outer Worlds nails the sensation of playing a modern Bethesda or Obsidian role-playing adventure.

You can go off and explore the world in any order you want. If you build your character to pick locks or talk your way into things, you can use those skills to run through enemy encampments. And then you might go back to town, accept a quest, and then find out that you’ve already picked up the relevant item.

These large arenas also don’t funnel you down corridors. Sure, you can follow the road to your objective, but you can also climb up a mountain to come up from behind. For one mission, I did that and was able to sneak up on some powerful creatures from a mountain cliff where they couldn’t attack me.

But does The Outer Worlds feel significantly different from the Fallout games? Not always. The towns on frontier planets could probably fit right into any of the recent Fallout games. But it starts to feel more like an epic space-exploration adventure when you get on your ship or dock on a space station or an orbiting communications satellite.

And as I’ve played the game more, even those town and wilderness spaces are starting to remind me more of Firefly than Fallout. And that’s a very good thing.

I wanted Outer Worlds to make me feel like Han Solo or Malcolm Reynolds in the space equivalent of the Wild West. And it definitely achieves that, which is why it is quickly climbing my game-of-the-year list.

As the holiday season arrives, the gaming industry as a whole has been increasing its TV ad spend: In November, 13 brands spent an estimated $ 62.7 million — over $ 2 million more than October’s spend — and shelled out big for the NFL, college football, and the NBA. PlayStation led the way for […]

Limits, schlimits: It’s time to rethink how we teach calculus

Enlarge / Twenty-eight tales make up this entertaining, illustrated exploration of the intersection between calculus and daily life. Ben Orlin Calculus has a formidable reputation as being difficult and/or unpleasant, but it doesn’t have to be. Bringing humor and a sense of play to the topic can go a long way toward demystifying it. That’s […]

This is Lego’s latest creation, a full-size, drivable Bugatti Chiron. Lego In case you doubted it, here’s the Lego Chiron posing next to the real thing. Lego Andy Wallace is one of the funniest racing drivers you may ever meet. He’s also the man who tested the McLaren F1’s top speed, and more recently has […]

The Mandalorian was shot on a holodeck-esque set with Unreal Engine, video shows