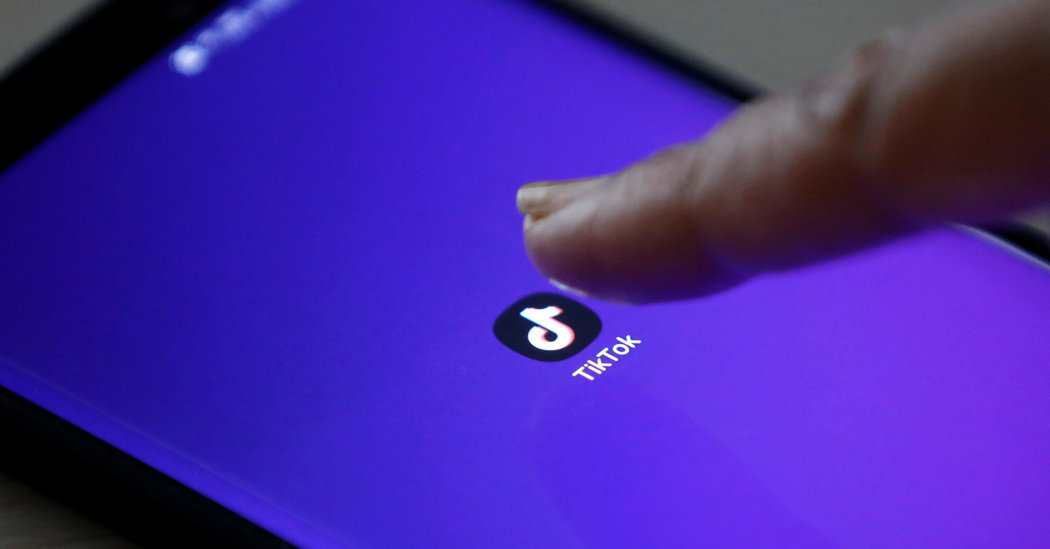 SHANGHAI — The teenage girl, pink eyelash curler in hand, begins her video innocently: “Hi, guys. I’m going to teach you guys how to get long lashes.”

After a few seconds, she asks viewers to put down their curlers. “Use your phone that you’re using right now to search up what’s happening in China, how they’re getting concentration camps, throwing innocent Muslims in there,” she says.

The sly bait-and-switch puts a serious topic — the mass detentions of minority Muslims in northwest China — in front of an audience that might not have known about it before. The 40-second clip has amassed more than 498,000 likes on TikTok, a social platform where the users skew young and the videos skew silly.

But the video’s creator, Feroza Aziz, said this week that TikTok had suspended her account after she posted the clip. That added to a widespread fear about the platform: that its owner, the Chinese social media giant ByteDance, censors or punishes videos that China’s government might not like.

A ByteDance spokesman, Josh Gartner, said Ms. Aziz had been blocked from her TikTok account because she used a previous account to post a video that contained an image of Osama bin Laden. This violated TikTok’s policies against terrorist content, Mr. Gartner said, which is why the platform banned both her account and the devices from which she was posting.

“If she tries to use the device that she used last time, she will probably have a problem,” Mr. Gartner said.

Ms. Aziz, a 17-year-old Muslim high school student in New Jersey, said in an email on Tuesday that her TikTok videos tried to make light of the racism and discrimination she experienced growing up in the United States. In one video, she addressed a slur that she said she and other Muslims heard regularly: that they would marry Bin Laden.

“I think that TikTok should not ban content that doesn’t harm anyone or shows anyone being harmed,” Ms. Aziz said.

The head of TikTok, Alex Zhu, denied those accusations in an interview with The Times this month. Mr. Zhu said that Chinese regulators did not influence TikTok in any way, and that even ByteDance could not control TikTok’s policies for managing video content in the United States.

But episodes such as Ms. Aziz’s show how difficult it might be for TikTok to escape the fog of suspicion that surrounds it and other Chinese tech companies.

China’s government rigidly controls the internet within the nation’s borders. It exerts influence, sometimes subtly, over the activities of private businesses. The concern is that, when companies like ByteDance and the telecom equipment maker Huawei expand overseas, Beijing’s long arm follows them.

China would certainly prefer that the world did not talk about its clampdown on Muslims. Over the past few years, the government has corralled as many as one million ethnic Uighurs, Kazakhs and others into internment camps and prisons.

Chinese leaders have presented their efforts as a mild and benevolent campaign to fight Islamic extremism. But internal Communist Party documents reported by The Times this month provided an inside glimpse at the crackdown and confirmed its coercive nature.

On Tuesday, Secretary of State Mike Pompeo said at a news conference in Washington that the documents showed “brutal detention and systematic repression” of Uighurs and called on China to immediately release those who were detained. President Trump, however, has refused to impose sanctions on Chinese officials deemed responsible, despite recommendations from some American officials to do so.

Microsoft has admitted it exposed nearly 250 million customer service records owing to “misconfiguration of an internal customer support database” used for tracking support cases that included logs of conversations between Microsoft support agents and customers from all over the world. All of the Microsoft customers’ data was left accessible to anyone with a web […]

What is FreeSync? Here’s everything you need to know

Kickstarter Employees Vote to Unionize in a Big Step for Tech