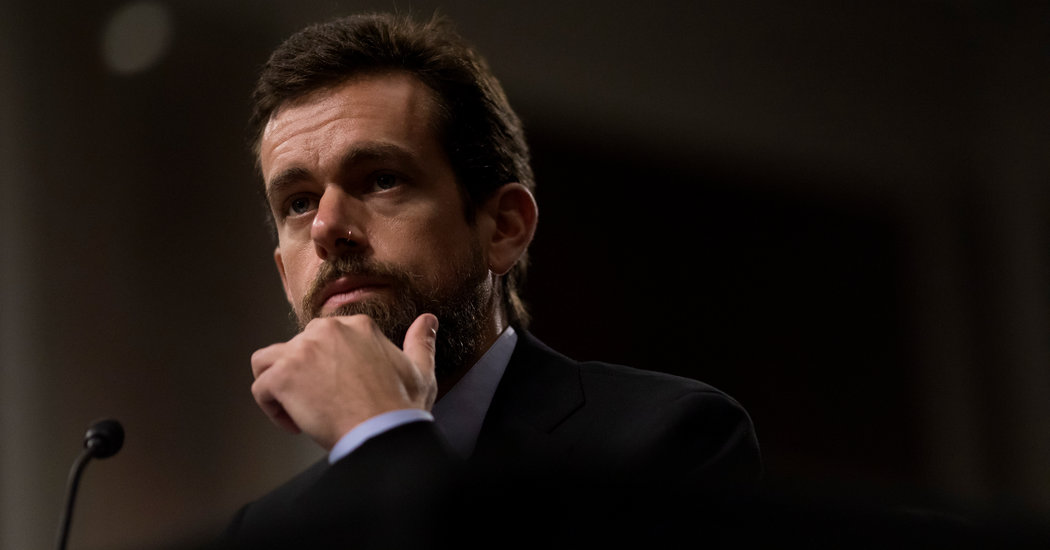 SAN FRANCISCO — Twitter said on Monday that it had reached a deal with Elliott Management, the activist investor that called for ousting the social media company’s chief executive, Jack Dorsey.

The agreement will keep Mr. Dorsey atop Twitter — at least for now — at a crucial time for the social network. It also avoids a potentially costly fight with Elliott, the $ 40 billion hedge fund that has successfully shaken up many corporate boardrooms.

It also brings on board Silver Lake, one of Silicon Valley’s biggest investors in technology companies. Silver Lake agreed to invest $ 1 billion in Twitter, money that would help finance the buyback of $ 2 billion worth of stock.

As part of the agreement, both Egon Durban, Silver Lake’s co-chief executive, and Jesse Cohn, the Elliott executive who oversaw the Twitter campaign, will take seats on Twitter’s board. The board will search for a third independent director, with an emphasis on finding an expert in artificial intelligence and other technologies.

The announcement on Monday capped what briefly looked like a potential battle for the leadership of Twitter. Elliott had quietly amassed what is now a 4 percent stake in Twitter in recent weeks, becoming one of the company’s biggest investors.

Top among its complaints was Mr. Dorsey’s unusual role as the chief executive of two publicly traded companies: Twitter and Square, the financial services company he also co-founded. That split attention, the hedge fund argued, contributed to Twitter’s falling behind rivals in increasing its stock price and adding innovative new products.

As part of its pressure campaign, Elliott nominated four candidates for Twitter’s board on Feb. 21. It met later with the Twitter chairman, Omid Kordestani, and the company’s lead independent director, Patrick Pichette, to argue its case.

Mr. Kordestani and Mr. Pichette advocated a gentler approach, arguing that losing Mr. Dorsey would destabilize the company, and that Twitter was finally improving its momentum on product development and revenue.

Shortly after Elliott emerged as an activist, Silver Lake approached Twitter about a potential investment. The three worked in recent weeks to reach a compromise that allows Mr. Dorsey to remain chief executive.

“We are excited to partner with Twitter as an investor and a member of the board,” Mr. Durban said in a statement. “Jack is a visionary leader, and a critical force behind Twitter’s ongoing evolution and growth.”

But the settlement also lays the groundwork for eventually replacing Mr. Dorsey. Twitter agreed to create a new committee of five directors, including Mr. Durban and Mr. Cohn, that would study the company’s succession planning and leadership structure and recommend any changes by the end of the year.

Companies that Elliott has set its sights on have ended up replacing their chief executives after the hedge fund gained a board seat. EBay’s previous chief executive, Devin Wenig, resigned months after Mr. Cohn became a director of the e-commerce company, for example.

“We invested in Twitter because we see a significant opportunity for value creation at the company,” Mr. Cohn said in the statement announcing the settlement. “I am looking forward to working with Jack and the board to help contribute to realizing Twitter’s full potential.”

Elliott’s campaign was not the first leadership challenge that Mr. Dorsey had faced in his tenure at Twitter. In 2008, he was fired from the social media company he co-founded, then was brought back in 2015. A year later, Mr. Dorsey withstood an acquisition effort by Salesforce.

Twitter’s share price has not increased significantly since Mr. Dorsey’s return in 2015, when it was $ 36. At the close of trading on Monday, shares were $ 32.46, down 3 percent for the day.

Analysts said investors would welcome the news, although it was overshadowed by plunging markets driven by fears of the coronavirus spread. “The most important thing from an investor standpoint: Silver Lake is making a billion-dollar investment in Twitter at a time when the market is in complete panic mode,” said Richard Greenfield, a partner at LightShed, a technology and media research firm.

Mr. Dorsey spoke about the company’s slow growth during a Morgan Stanley conference on Friday. “Five years ago, we had to do a really hard reset of this company, and that takes some time to actually build from,” he said.

The company has also undergone frequent executive turnover. In 2018, Twitter’s chief operating officer, Anthony Noto, resigned to become the chief executive of SoFi, a finance start-up. Since then, Twitter has been without a chief operating officer. Mr. Dorsey has focused primarily on engineering and product development, preferring to leave operations to his deputies.

“Twitter seems remarkably similar as it did in 2015,” said Scott Galloway, a professor of marketing at the New York University Stern School of Business and a Twitter investor who called for Mr. Dorsey to step down last year. “The question is: Does this company, at this moment, warrant a full-time C.E.O. who has an office out of headquarters? The answer, I think, is yes.”

Some investors see Mr. Dorsey as an absentee executive who looks after Twitter as a hobby. He exacerbated their worries when he announced last year that he would move to Africa for three to six months in 2020. Some Twitter employees, who declined to be named because they were not authorized to speak publicly, defended Mr. Dorsey, saying he is engaged and meets three times a week with Twitter’s executive team.

On Friday, Mr. Dorsey backpedaled on his travel plans during the Morgan Stanley conference, saying he may put off the trip because of the spread of the coronavirus.

“Everything happening in the world, particularly with coronavirus, I have to reconsider what’s going on and what that means for me and for our company,” he said.

Mr. Dorsey defended his decision to lead two companies at once. “I have enough flexibility in my schedule to focus on the most important things, and I have a good sense of what is critical in both companies,” he said. “I have amazing teams working. For the first time in our history at Twitter, it feels like we have so much focus that we can ignore a bunch of the noise.”

Voting by mail, already on the rise, may get a $500 million federal boost from coronavirus fears

Election officials and experts in recent days have been considering how they would handle a major disease outbreak in which quarantines or closures of facilities would affect Americans’ ability to vote in primary elections, party caucuses and the November general election. While all states allow voting by mail in some circumstances, the availability of the […]

7 people you never realized were early investors in Uber